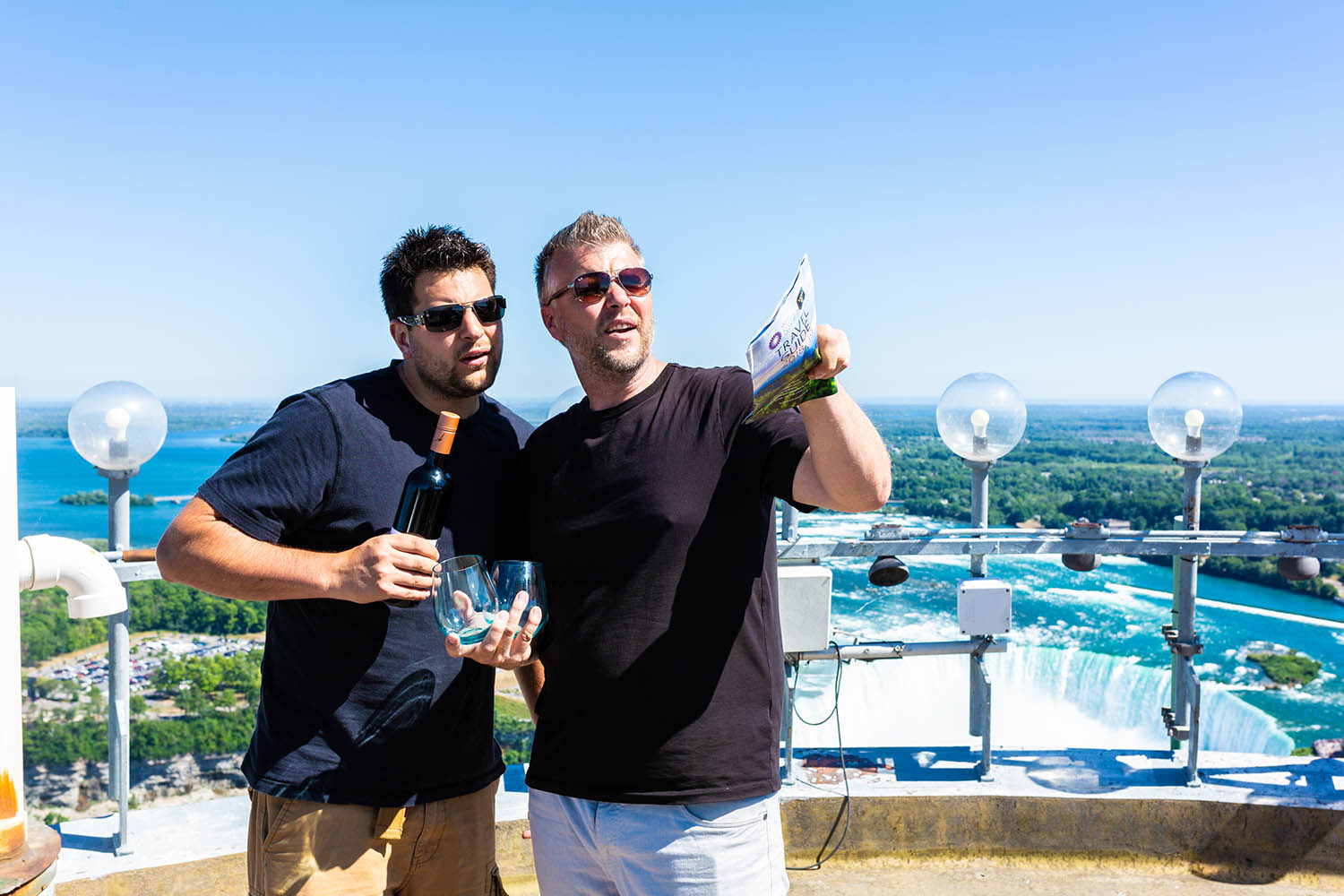 05 Oct Cork Screwed: A New Show About Wine, From Two Guys Learning As They Go

How does a brand stand out in a very crowded market if 70% of its consumers don’t really understand the product they’re buying? This is the plight of the winery and the genesis of “Cork Screwed.”

In 2015, Pat Gagliardi and I pitched an idea to Bell Media. It was simple; most of our colleagues in the GTA assumed we knew all about wine because we live in the heart of the Niagara wine region. Well, we don’t. And the reality is those colleagues were asking us because they didn’t either. It turns out most people who enjoy wine really don’t know as much as they’d like. It sounded like an opportunity to us!

A simple concept with a twist. Most reality-based shows feature an “expert” who guides the viewer through the experience, from food to flipping houses. More often than not, however, shows about wine approach it from an enthusiast’s perspective, and newcomers are left scratching their heads as the dialogue flies right over them. The Tannins? Who are the Tannins?

Pat and I genuinely don’t know much about wine, and we thought that would be a great place to start. Partnering with a different winery every episode, we could ensure the dialogue stayed fun and approachable. Starting with the fundamentals, we’ll build with every episode, and viewers can take the ride with us. After all, wine is supposed to be fun, right?

We signed a deal with Fibe TV1 in January of 2018 to produce six non-exclusive episodes for a September airdate. We’d then be free to relicense it with other platforms, extend our reach and double up for Season 2 with 12 episodes. With the plan in place, we began working the plan.

We started by having a conversation with Jeff Chesebrough at Innovate Niagara and Kelly Provost from Economic Development at the Region of Niagara. That was our foundation. Fast forward six months and we’ve partnered with wineries; brought on board CCOVI at Brock University, the City of St. Catharines and several Niagara businesses and organizations; hired 15 skilled production specialists – and we’re almost finished producing Season 1 of Cork Screwed. A show about Niagara Wine, shot in Niagara exclusively with Niagara talent! From concept to completion, this is truly a homegrown Niagara collaboration that will be seen all over Canada!

It was not easy, but they say most things worth doing aren’t. For that reason, we are eternally grateful for the incredible support we received so far. To Innovate Niagara, Brock University, the regional and municipal governments, our amazing winery partners (both Season 1 and those already signed up for Season 2!), and myriad local businesses and organizations who’ve helped in so many ways, we say thank you! 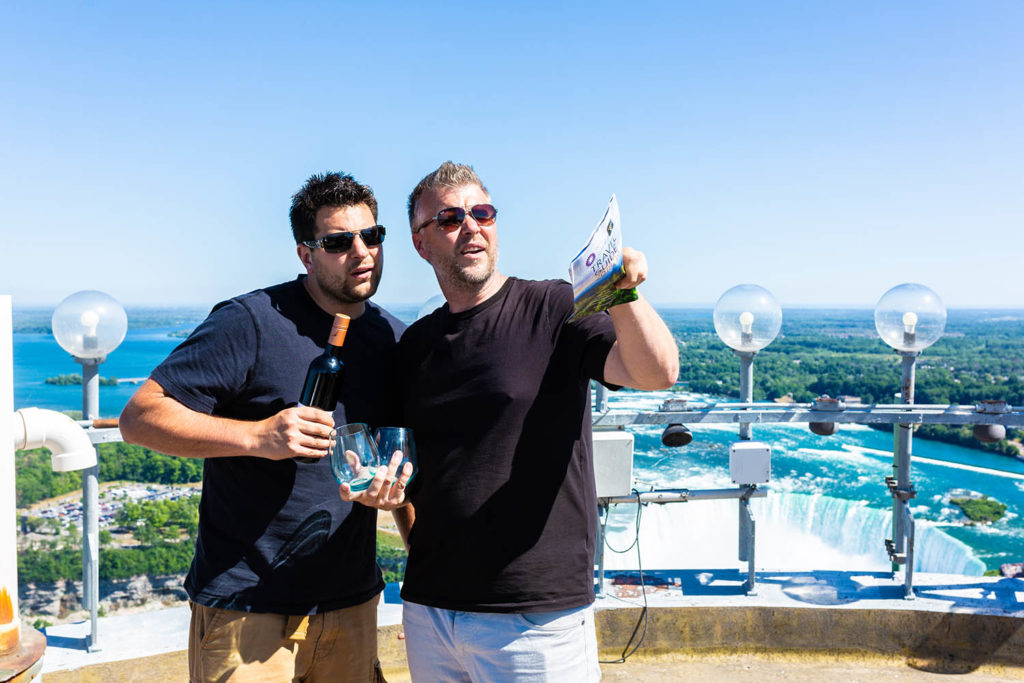 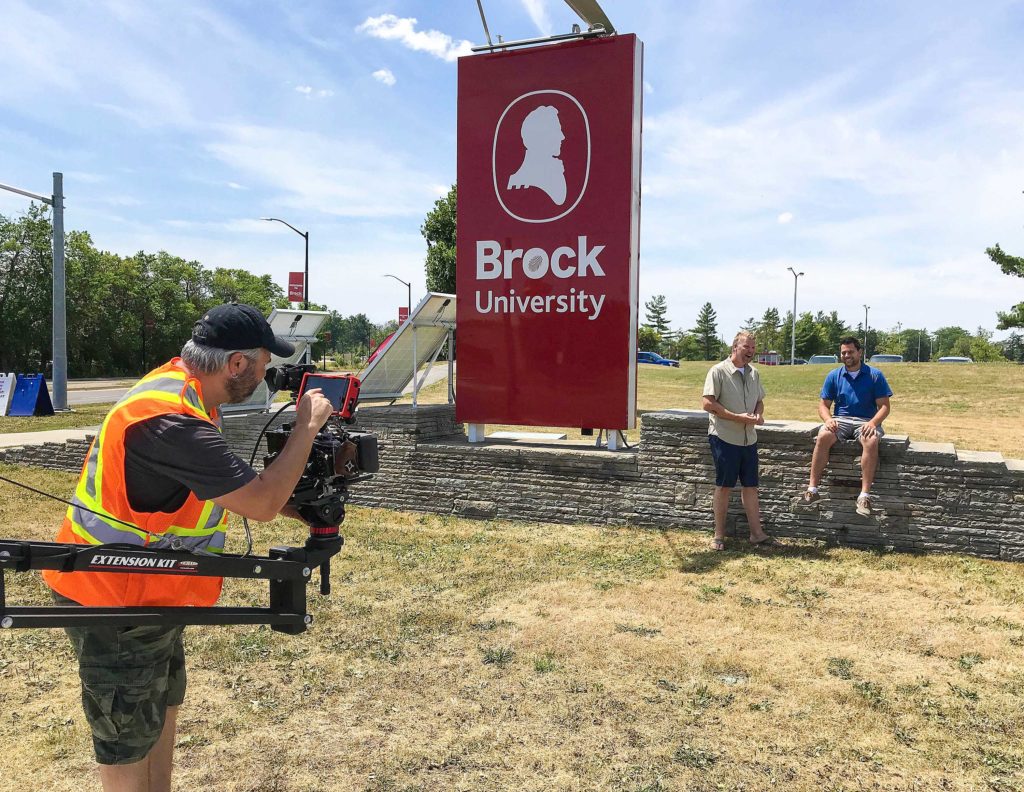 Hi guys, we have just finished the beta of our new website. Our new site will have featured wineries, image... 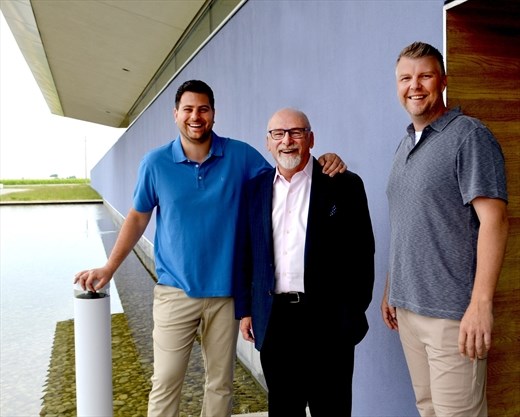 We are happy to announce we have finished production on the first season of Cork Screwed available on Bell Fibe.